Well, tomorrow the ‘Big Day’ is finally here. I imagine at this moment, Kate Middleton is either beyond excitement or quaking in her pointy, suede boots.

I’d be doing the latter.

Watching the news yesterday, seeing the ridiculous contraptions some news stations have built to house their correspondents for the day, made me feel actually quite sorry in a way for both of them. We mere mortals have the choice of whether to make a wedding a huge or private affair. William and Kate have no choice whatsoever – and that’s a bit sad, in my eyes. No running off to Gretna Green (imagine Queenie’s face); no doing a 48-hour Britney-style- Vegas-Little-Chapel-of-Love; no dingy, 60’s concrete block registry office.

Oh well, best settle for the grandest Abbey in Britain then with the world’s media watching and David Beckham in the audience.

To celebrate, I dug out the trusty Woman’s Own magazines from yesteryear, and set about finding pictures of the royals. There are quite a few. So, sit back and enjoy a meander through old pictures of our favourites princes and princesses, kings and queens…

In the 1950s, the women’s magazines loved Princess Margaret and Queen Elizabeth. It’s not difficult to see why: 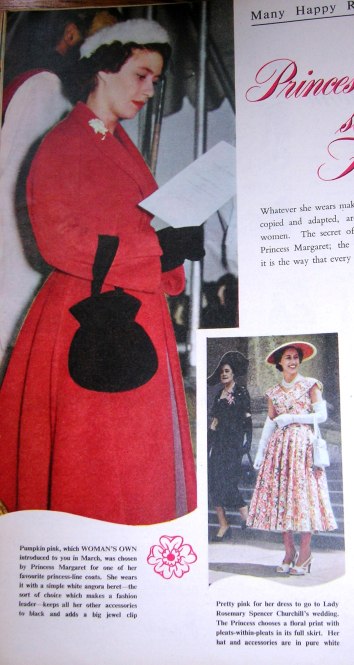 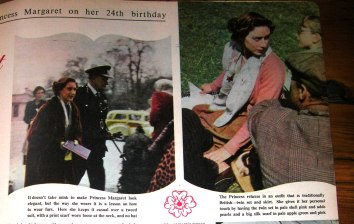 You can just about see Prince Phillip’s face in the background of this one. He looks like a supremely happy man!

As well as being ultra-glamourous, the Queen had some very cute children for the women reading  about her to coo over.

As the frenzy over Kate and William builds up, I think I’m beginning to see why people love it so much. It’s a fairytale, it’s romantic, but most of all it’s seeing people who basically are the same as you live a fabulous lifestyle. Kate Middleton may not be my class, but she is my generation and it’s fascinating to see how different a life can be.

I would think it was a similar fascination for housewives of the ’50s. Here was a woman, the same age as them yet ruling not hoovering, glamourous not mumsy and followed everywhere by a handsome man who seemed besotted by her.

I’ve just realised that for each Princess in the Royal family, there’s someone in my family of a similar age. Myself and Kate Middleton; mum and Princess Diana and my Great-Nan is a similar age to Princesses Elizabeth and Margaret. We managed to squeeze an extra generation in there, but perhaps this explains why my family are such supporters of the Royals. I’m not to the same extent, but I have got a bit more excited by all this wedding malarkey than I thought I would.

Prince Charles obviously had to grow up at some point: 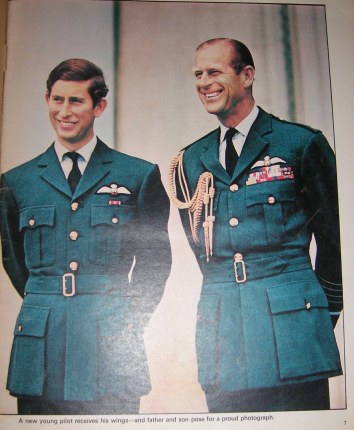 Tomorrow, I’ll have a quick look at the next generation of the Royals: Charles, Diana and their son, William. I’ve also got an article written by Norman Hartnell, the Queen’s Wedding and Coronation dress designer to post up; like women everywhere, I’m quite interested to see Kate’s dress.

Let’s just hope that there’s none of this from Charles at the reception tomorrow: