I’ve been up early today. Having managed to catch my dad’s cold, after my parents’ visit earlier this weekend, I woke up about seven feeling a bit bunged up. So for the past hour and a half, I’ve been catching up on X Factor ( I know, I know… it’s a guilty pleasure!); whilst writing a sample essay for my year eleven class. Unsurprisingly, due to the distractions of X Factor and a head full of cold, I don’t think the essay is too good! Well, they can pull it to pieces and will learn something that way.

Anyway… Earlier this week, I tried scanning in some of the adverts from one of the Woman’s Own magazines. However, the scanner has chopped the adverts up in places for some unknown reason. I’ve tried sticking them back together via Paint Shop Pro.

I was looking at a cape in Urban Outfitters yesterday – it was dark green with black velvet details. I’m still not convinced it’s something that I could wear. 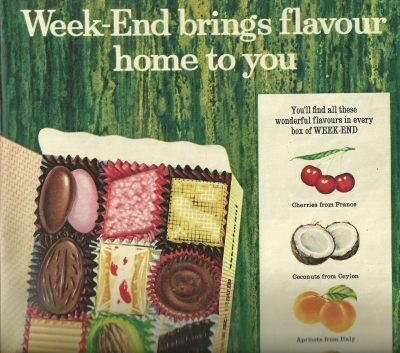 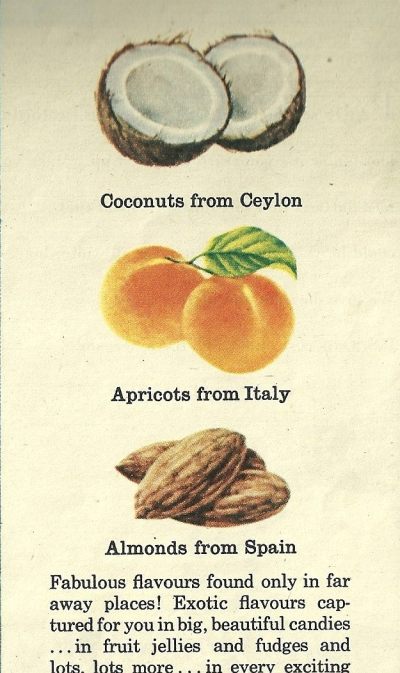 Remember when that was all little girls were good for?

I really couldn’t get some of these to match up properly; the size has been changed by the scanner as well as chopping them up! Look at the font on the bottom of the advert: it’s so Fifties, it’s incredible.

If it wasn’t for the lack of opportunities and choice for women – and, obviously, the lack of time travel – I would go back to live in the 1950s or early 1960s in a heartbeat. I could cook on on a New World oven; wear a Bri-Nylon Colourset underneath a Kooky cape; enter my children for the Miss Pear’s Competition; eat Cadbury’s Milk Tray, while skating with a man in an alpine jumper; eat a box of Week End when I’ve had enough of that… bliss! I still probably wouldn’t eat these, though: 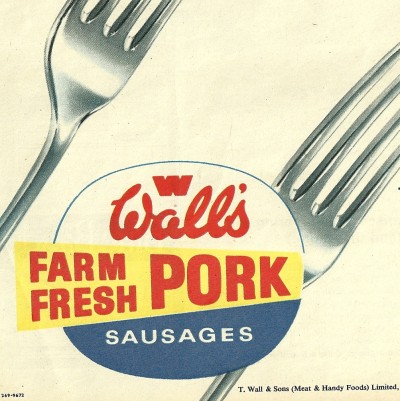 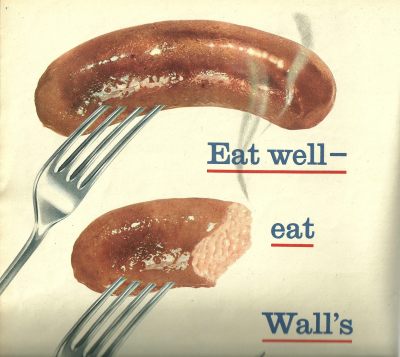