Nowt to do with the (frankly overrated) pizza takeaway but the good old-fashioned game of Dominoes. Except this one is spelt Dominos so I want to say it like, “Vaminos!” 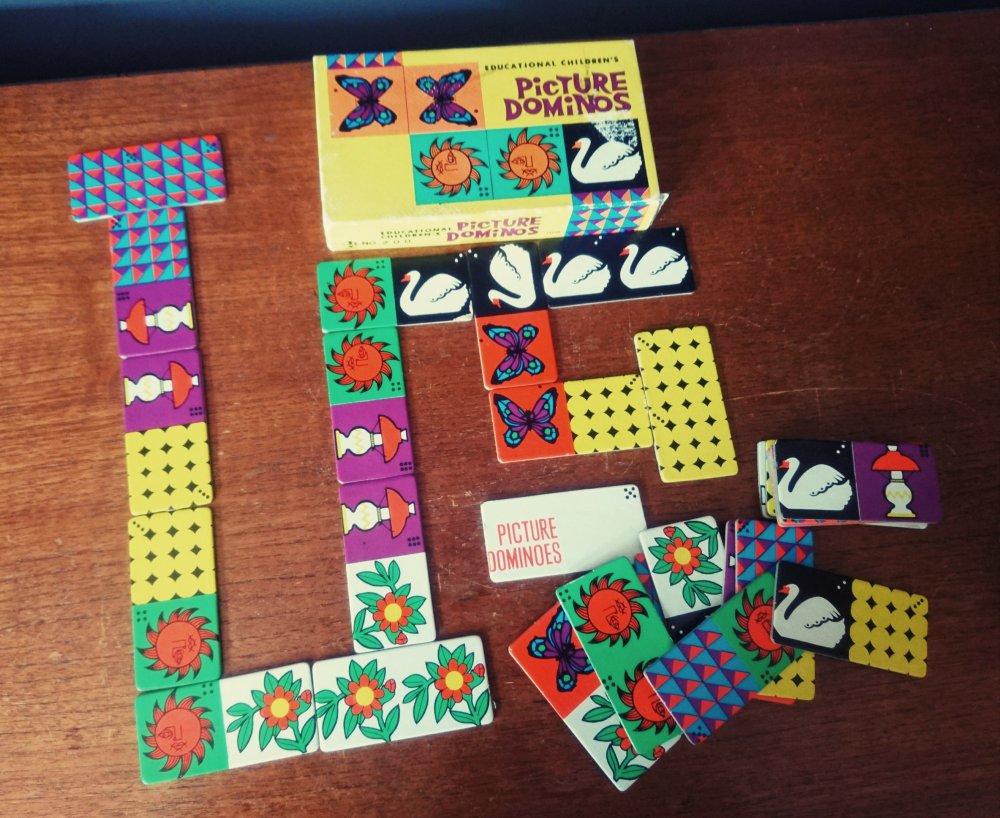 Cute, aren’t they? It’s like everything i look for in one go: retro toy, cool illustrations and a game I can play with the kids before deciding what to do with it. These came from one of the charity shops in New Mills yesterday for the grand sum of £1. 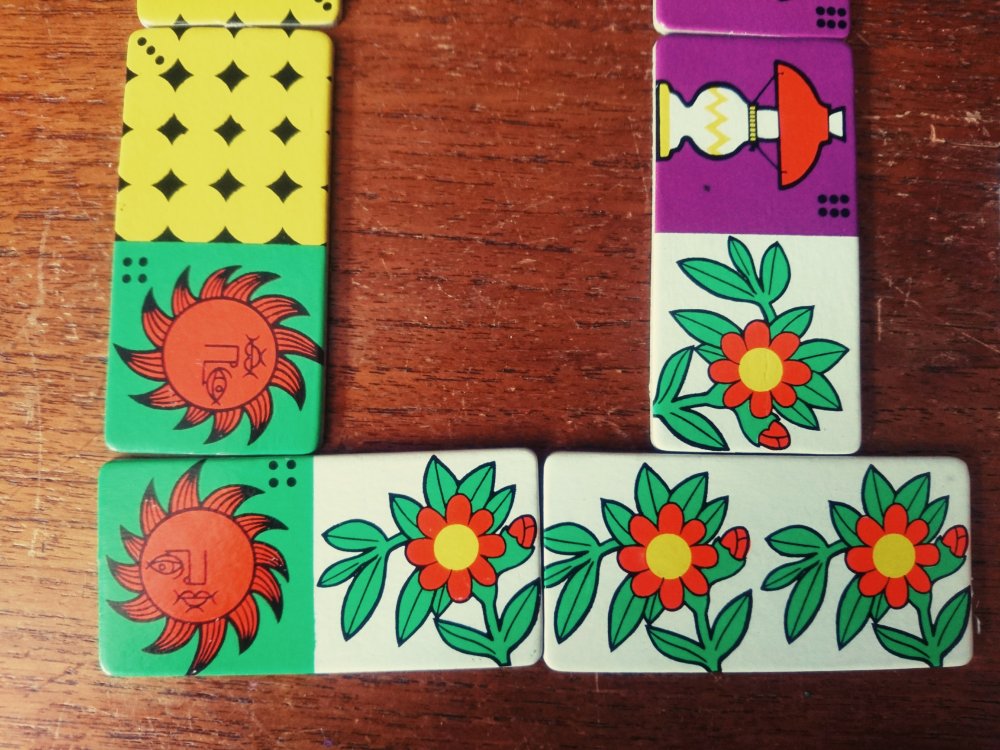 In my head, I was thinking I could either frame them up or sell them. Play with them first as they look lovely. 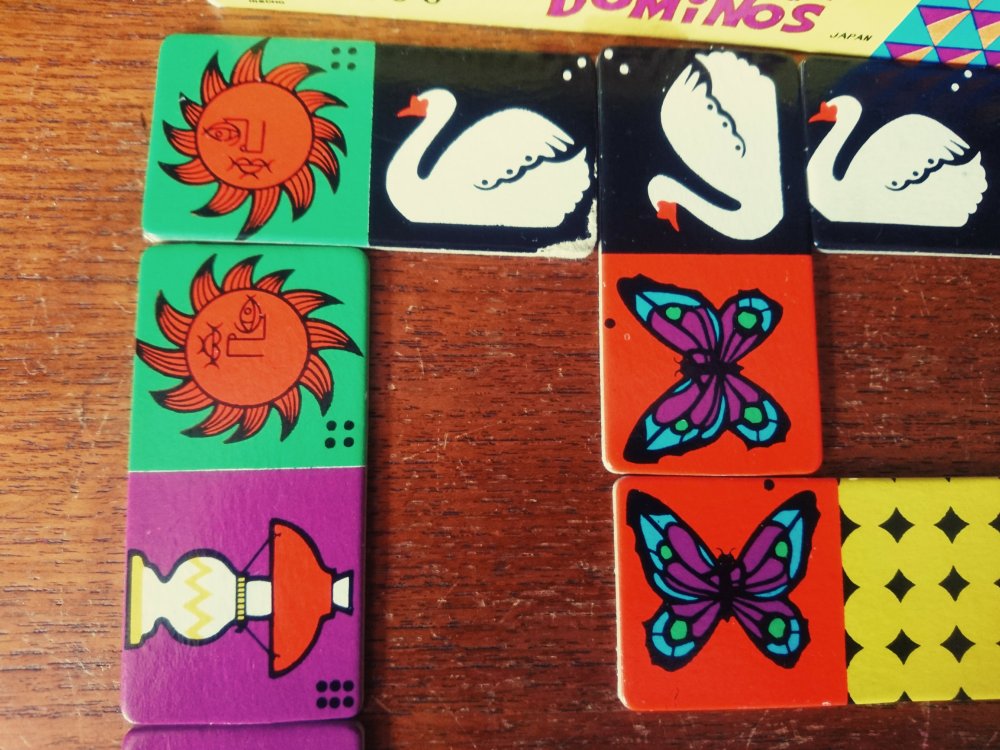 My favourite pictures are the suns and the retro lamps. But they all look great together. I have grand ambitions of doing lots of retro framed pictures, using games like this and old books, and selling them on. As with all my ideas though, I’ll procrastinate and never do it… 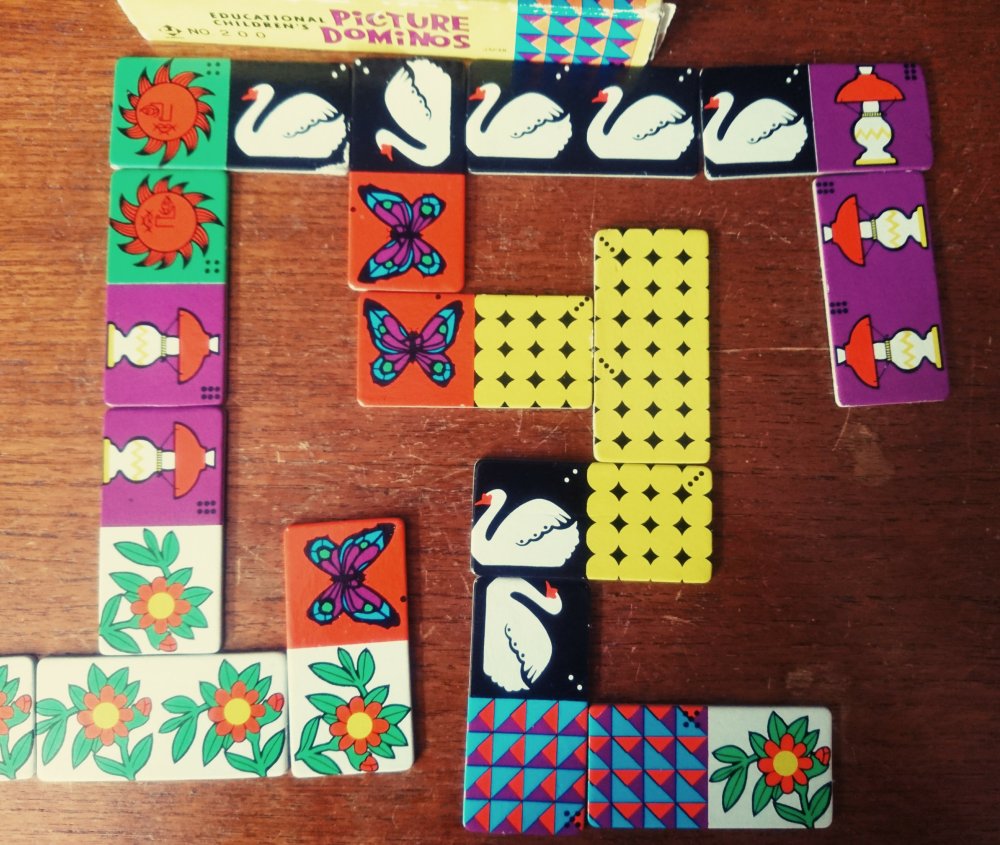 We’re going to Green Man Festival at the weekend, and we can’t wait! I won us the tickets (reminiscent of the Great Festival Ticket Winning Streak of 2008… Four festivals we won and attended that year) and it’s the first time we’ve been to a festival with the kids AND the first time we’ve been to this one. This evening has been spent in a frenzy of packing, food shopping and begging for stuff on the local Facebook groups that we realised we could really do with… We fancy having a reasonably early night tomorrow to get some sleep banked in advance for the weekend. Wish us luck!