It’s safe to say that the German Road Trip: Part Two was a massive success! We’ve arrived home with over 140 pieces of pottery, several retro lamp shades, a few 80s metal clocks, plant pots, some pieces of glass and two version of J.H. Lynch’s ‘Tina’ print. Phew! Once again, Tina (the KA) did not disappoint and dutifully returned us home safely.

I’ve realised that every time I post up new pots, they tend to be Scheurich ones. So, I’m going to make an effort to feature some other factories for once.

Although Bay Keramik isn’t one of my favourite factories, they do make some lovely patterns. I really like the one on the 96 above and the following: they’re all part of their ‘Folklore’ range.

Those three all came from the Road Trip: Part 2 (or I might start calling it ‘The Remix’), as did the following:

Not so keen on that one, nor the two upcoming… this first one is a very odd one. It looks like some kind of Greek or Roman urn!

One of the other great patterns is this one, that looks to be inspired by Bitossi. It’s called ‘Rimini’ which also seems to be a nod to the Italian company.

The blue one below was actually found in a Glossop charity shop!

One last one before I go – a teeny little wall sconce… 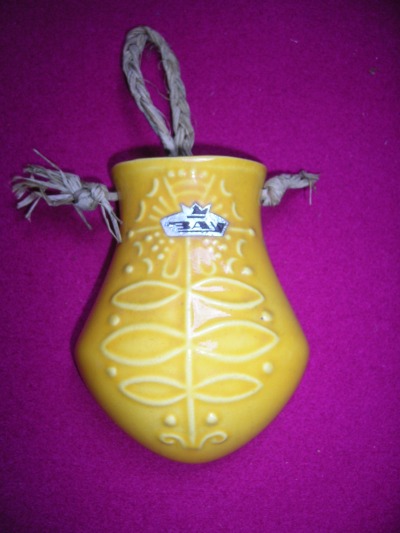 And now I am going to go and read a magazine in the garden and enjoy the small amount of sunshine that we’ve seen this summer.